As we wrap up a tumultuous political and financial year in 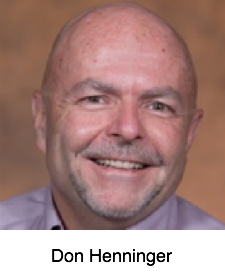 Scottsdale and leave the recent city elections in the rear-view mirror, it’s time to focus on the new year ahead.

I appreciate the calls for unity that are being sounded by many around the city. This follows a year that was dominated by one of the most divisive issues the city has ever faced – the Desert EDGE project and subsequent approval of Prop 420.

The issue split the city, damaged relationships and left people wondering whether we can move ahead together and get things done to keep the city healthy and prosperous. The issue did produce a solid grass roots win for Prop 420 supporters though it’s not clear what that means for other issues moving ahead.

On the financial front, the city did little to solve its capital infrastructure needs. The political will to present a comprehensive bonding package to the voters simply wasn’t there. The voter-approved transit sales tax is a nice band-aid but doesn’t solve the huge infrastructure funding issue. There’s another $200 million in transit work needed, and $400 million more in non-transit work still unmet.

The plea for unity from so many is encouraging but is the will there to really meet Scottsdale needs through a difficult political process that is already under way for the 2020 council and mayoral election? Time will tell.

It’s pretty tough to develop a sustainable sense of unity when there is no vision to build it on. What is the vision for Scottsdale?

Scottsdale citizens have plenty to be proud of – the city remains the jewel of the Valley. But it needs to evolve and progress and that’s where the divides start, often over single issues. From an overall community good stance, where’s the common ground?

It’s easy to say no to a project. It’s a lot harder to say no and also offer a suggestion for a different solution.

Anti-development is not a vision. There are no evil developers in dark corners waiting to make big bucks on developments no one wants. That makes for great headlines. It simply isn’t true.

Scottsdale is a city with three distinct regions. An urban core – south Scottsdale to Old Town. A suburban middle – north to Bell Road. And some of the most pristine rural landscapes in all of the Southwest in north Scottsdale. Is that the start of a vision that people can unite behind?

Yet when people talk about the “the three cities in one” of Scottsdale they usually are referring to conflicting views for the city’s future. You can see the results on the fate of bonds at the ballot box. Voters in the north have rejected vital issues needed in the south (and often vice versa). How does that foster anything that can be called community good? How does that contribute to a strong vision for the entire city?

All voices count. And facts matter if we are going to be a united community that keeps the city moving forward.

What’s your vision for the city? Let’s start the conversation. Let’s look for ways we can share our ideas together. In a true spirit of unity.

Take Action - Join us and get involved