Robyn is a savvy and experienced public relations professional who has devoted her career to first-class representation, building reliable media relationships and helping clients gain results that will have an impact on their business. As founder of Mack Media Relations, Robyn has been instrumental in building innovative brand awareness campaigns for local and national companies. Her strong work ethic, integrity and outgoing personality are what drive Mack Media Relations to be successful and ensure happy clientele. Before founding Mack Media Relations in 2016, Robyn worked for top agencies in Phoenix and Los Angeles where she represented and managed local and national brands in an array of industries, including consumer, travel, health and fitness, tech, real estate and more. She also has experience working in the media. Robyn was the co-host for an award-winning morning radio show in Phoenix and she continues to be a familiar face in the Valley as a TV lifestyle expert, speaker and emcee. Robyn grew up in the Valley and graduated from Arizona State University with a B.A. in Journalism and Mass Communications. She serves on the Associate Board for Future For Kids and the Advisory Board for the W Source Scottsdale. 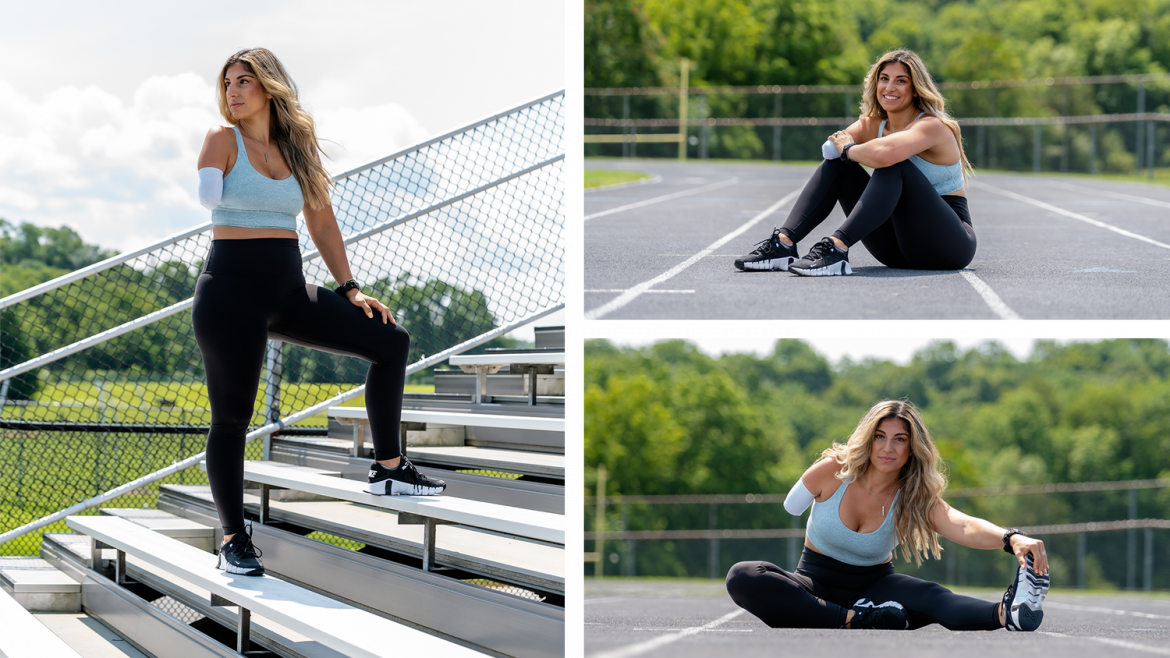 Supporting and empowering those with unique physical differences is Diana Gazzano Gibson’s number one passion in life. She is a thriving amputee who lost her arm due to an ATV accident in Payson six years ago.

From the moment she woke up in the hospital, she vowed that she would not let this define her as a person and never let it stop her from achieving her goals. And that’s why she started The Diana Adapted Foundation. She’s dedicated to helping those with limb loss remain independent, mobile, active, and mentally strong as they begin and navigate their healing process and beyond.

“Your mindset after a massive life change, in my opinion, is the most important piece of the puzzle,” says Gibson. “It will make or break your entire life after experiencing something like that.”

This new foundation provides financial support for all areas of the recovery process from mental health, fitness, and everyday tasks among other resources to allow its members to live as typical of a life as possible while maintaining a passion for progress, a motivation for their well-being and optimistically thrive with their disability.

“I realized I want to inspire others that they too can elevate to accomplish whatever they’re wanting to overcome,” says Gibson.

On Friday, November 18th, the foundation is hosting a private launch party in Phoenix. The launch party is to celebrate and let the local community know what the foundation’s mission is. For more information about The Diana Adapted Foundation, visit www.dianaadaptedfoundation.org.

Diana Gazzano Gibson is the founder of The Diana Adapted Foundation and a thriving amputee. Her life changed forever in 2016 after an ATV accident, in what she calls “the best way.” Her right, dominant arm was amputated. At that time, she found very few resources to help her through this difficult time in her life. That’s why she started the Diana Adapted Foundation. While she’s figured out how to do so many things with one arm, one of her biggest challenges after limb loss was becoming a mother. Learning how to take care of her daughter has been her biggest and proudest milestone to date. She focused again on mindset, fitness, and daily independence and that’s the work she now helps others with at The Diana Adapted Foundation.