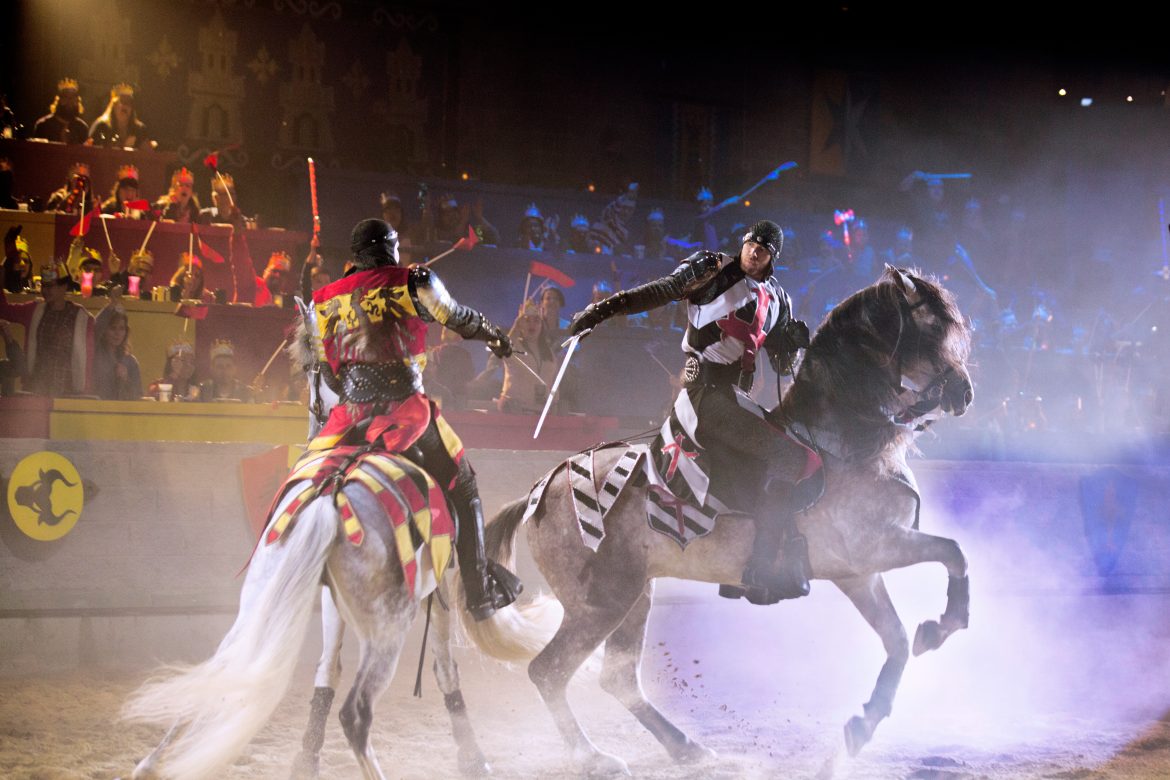 The Dinner Theater Will Support the Community in Each of its Ten Locations Across the U.S. and Canada

Recognizing that the holidays can be a difficult time of year for many individuals and families, Medieval Times Dinner & Tournament has donated $10,000 to each of the ten communities in which its castles reside, focusing on the areas of greatest need — food banks and shelters.

“No family should face hunger, especially during the holidays,” said Perico Montaner, CEO of Medieval Times Dinner & Tournament. “It’s important that we extend the spirit of chivalry to the communities we serve — starting with the most immediate need to put food on the table of homes across North America. We hope these donations provide much-needed relief during a tough time for many.”

Each of the castles and their nonprofit recipients of the $10,000 donations include:

The $100,000 is in addition to Medieval Times’ continuous support of the communities it serves.

“When you support United Food Bank, you become an important thread in the fabric of stabilizing our community,” said Melissa Nelson, Community Engagement Manager at United Food Bank. “We are grateful for Medieval Times’ compassion and support.”

Medieval Times Dinner & Tournament, the No. 1 dinner attraction in North America, was founded in 1977 in Spain. Medieval Times is based upon authentic Medieval history and is the true story of a noble family with documentation dating back to the 11th Century. The first North American Castle in Kissimmee, Florida opened in December 1983. Since then, nine Castles have entertained more than 75 million guests and put on more than 100,000 shows. During the show, guests experience an electrifying performance featuring heroic knights on spirited horses displaying the astounding athletic feats and thrilling swordplay that have become hallmarks of this unique entertainment experience.