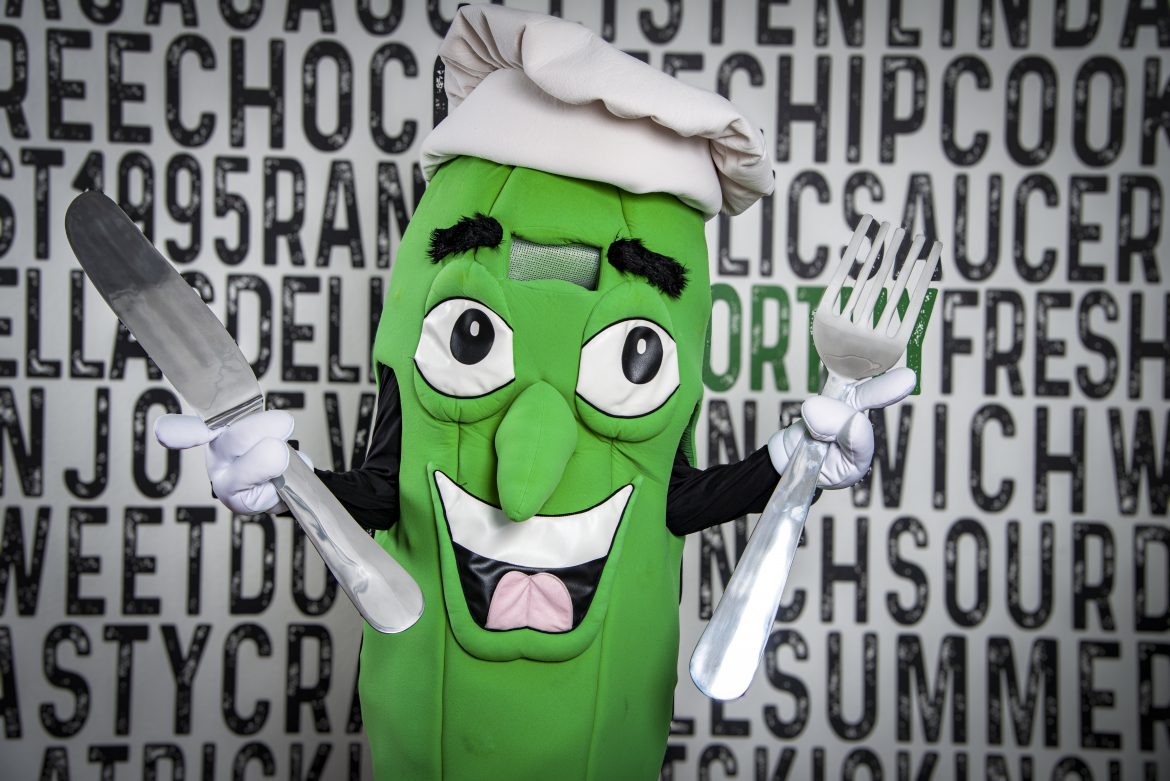 Mr. Pickle’s Sandwich Shop, which is headquartered in Scottsdale, Ariz., is pleased to announce its newest franchisee in Hungry Hospitality. The brand, led by the father-son team of Woody and Jason DeMayo as well as Jason’s lifelong friend and colleague Eli Illishah, takes immediate ownership of Mr. Pickle’s Fresno restaurant, which is located at 7967 N Blackstone Ave. and has plans to open up to 20 locations across Los Angeles and the Fresno Bakersfield areas over the next seven years.

“This is a full-circle moment for Eli and me,” says Jason DeMayo, chief executive officer of Hungry Hospitality. “Growing up in the Bay area, I distinctly remember Eli telling me when we were kids that one day we would own a sandwich shop together. All these years and a million twists along the way, that is exactly what we are doing on a massive scale.”

Though Jason DeMayo grew up in hospitality thanks to father Woody – a veteran of Carl’s Jr., Wing Stop and other restaurant entities over the past five decades – the University of Oregon music major’s focus was music much of his life until the onset of the pandemic. In fact, DeMayo still heads Street Joy, a band that has put out albums and played on major stages including South by Southwest.

“While working in music most of my career, I did dabble in hospitality while living in Southern California prior to COVID-19,” says Jason DeMayo. “When the pandemic hit, I began working with my father’s restaurants as a stop-gap but fell in love with it. Eli, who worked in acting for years prior, was ready to make a move as well, so we put wheels in motion the past several years to align with my father and take the next steps with a brand that we personally love.”

Illishah is a long-time fan of the brand, while Jason DeMayo was introduced to by way of new Mr. Pickle’s chief executive officer Mike Nelson, a veteran of Carl’s Jr., Wing Stop and Subway who worked with Woody for decades.

“Since 1995, Mr. Pickle’s has been a premier full service-sandwich shop specializing in innovative sandwiches, salads and catering,” says Nelson, a long-time customer himself until he had the chance to purchase the brand in 2020. “During its first three decades, thanks to its company culture, incredible recipes, and all its fans, the brand grew from one to 56 locations across northern California. We look forward to growing in partnership with Hungry Hospitality and fellow franchisees over the next several years as we move toward nationwide expansion.”

According to DeMayo, the brand is unique in that it doesn’t turn to big-box vendors for its core ingredients, instead partnering with artisan bakers, regional farms and ranches to source its products, making every item unique to us.

“You will not see six-inch and footlong options from us, more specialty breads than uniform options,” says Nelson.

Each Mr. Pickle’s restaurant is focused on quality and will feature all the most popular hot and cold sandwiches, notably the Mr. Pickle, which is chicken breast, bacon, Monterey jack, avocado and the works as it relates to veggies; the Santa Maria Tri-Tip, which is actual tri-tip sourced from the famed Santa Maria region topped with specialty barbeque sauce and the works; and Big Jake, a turkey sandwich with cream cheese, avocado and the works. The brand now also has two new sandwiches of note. The first is Listen Linda, named after Nelson’s wife of 36 years. The second, honoring his business partner Dean Johnson’s wife, is the Della’s Deli.

A leader in online ordering technology, Mr. Pickle’s also partners with DoorDash and invested in Paytronix Systems, Inc., the most advanced digital guest experience platform, in the past year. Through the partnership Mr. Pickle’s uses the full Paytronix Platform for its loyalty, order, delivery, mobile and gift system.